Sea Blast is the naturally occurring chemical reaction and effect to metals and metallic surfaces in Coastal Environments all over the world. This article will explain this reaction and why the Coastal Myrtle Beach area is prone to this natural effect and identify one of the few downsides of living near the beach.

The South Carolina coast is considered to be one of the most humid parts of the country. Below is a map detailing how moderate to severe the humidity can be from month to month:

When the natural process of evaporation occurs on ocean water, the environment above the ocean becomes very salty and has a very high level of what are called chloride ions, which contribute to corrosion of metals and metallic surfaces.

When the naturally humid air mixes with the saline environment (salty air) over the ocean, it has a devastating effect on any exposed metallic surface indoors and outdoors known as SEA BLAST.

These effects of Sea Blast can be seen in the pictures below. 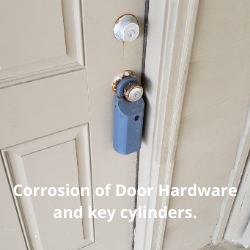 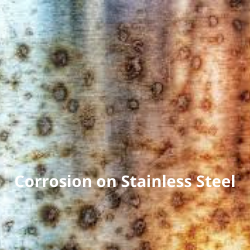 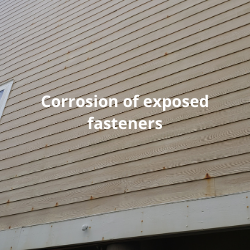 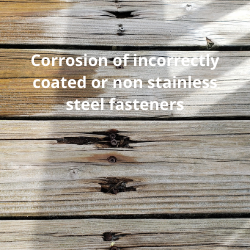 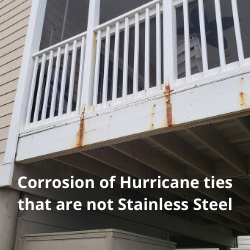 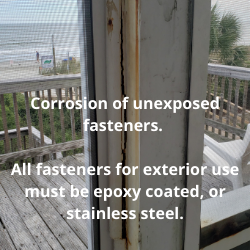 The main issue with the examples above is negligence more than anything, all the hardware used in these examples is incorrect and should not be used in these scenarios for cosmetic, structural, and environmental concerns. 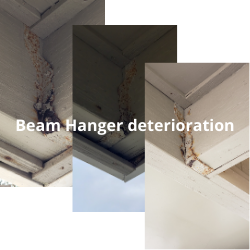 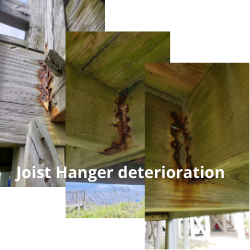 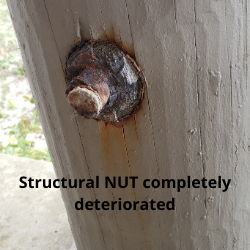 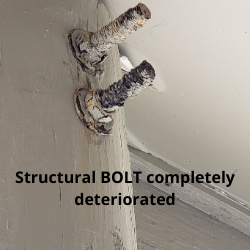 Stainless steel holds the greatest resistance to sea blast. When used for structural purposes (i.e., joist and beam hangers), it is manufactured with a heavier gauge metal to provide added long term performance against deterioration. Most other structural hardware is steel based with a zinc or galvanized coating which will deteriorate much faster than stainless steel in coastal environments. 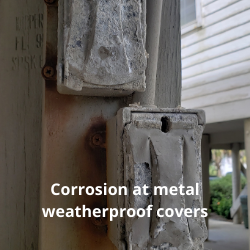 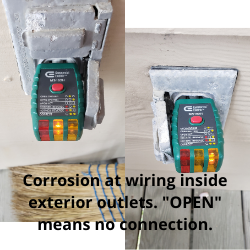 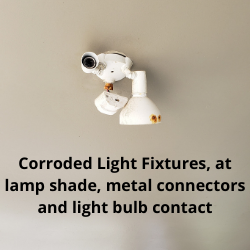 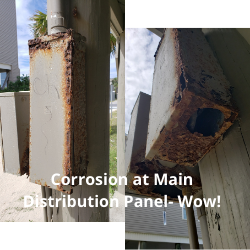 We know that all conductors are metals, most of which for all intents and purposes of this article are copper. Copper can resist the effects of chloride ions better than most heavy metals. Unfortunately, most electrical fixtures have cheap inferior metals as internal contact points, such as brass and aluminum that fail much more rapidly. The electrical panel above is 20 years old and completely destroyed via sea blast. 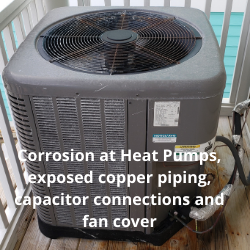 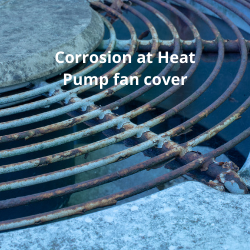 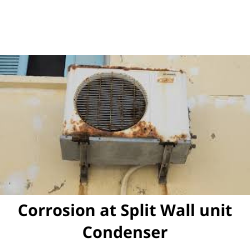 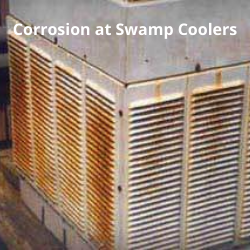 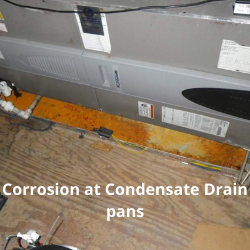 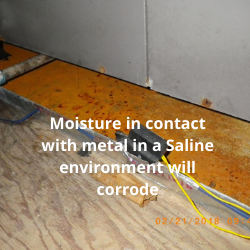 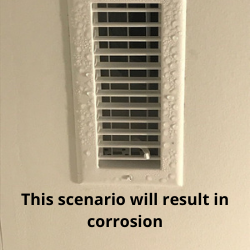 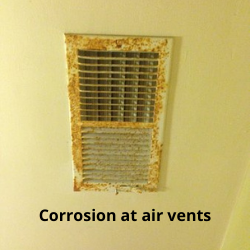 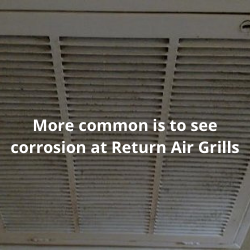 HVAC refrigerant type systems work on the premise of pulling heat from the atmosphere. They heat through compression of gas to liquid, and cool through expansion of liquid to gas through condensing, both of these cycles produce high levels of condensation and are highly vulnerable to deterioration from sea blast if that condensation is not controlled or internal metal components of the HVAC system are exposed to a saline environment. They are also vulnerable through the cycling of moist air throughout the homes air supply and return systems, making every metal component (and in some cases the entire system) vulnerable to corrosion. 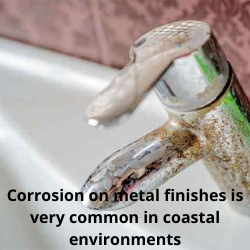 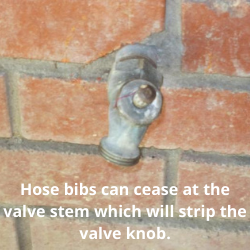 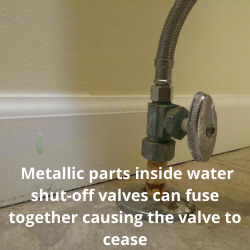 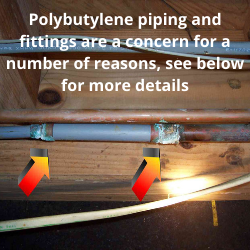 Almost all plumbing fixtures are some type of metal with a variety of different finishes, all of which are susceptible to the effects of sea blast. The pictures shown are the most common occurrences found during a Myrtle Beach home inspection. The last final photo is polybutylene piping and fittings that can be found in many properties build between 1978 to 1995, the pipe itself is known to deteriorate from the inside out due to its adverse effect to chlorine in the water supply. This piping system also has many issues with the metal fittings that can fail frequently with the effects of sea blast increasing the likely-hood. For more information on polybutylene piping go here.

If you would like more information about chloride ions, sea blast, or other information in this article, please message us below.

Me and my team at LAB Home Inspections hope you really enjoyed this article!

If you have specific questions about your home, or would like to schedule a home inspection, please contact Darren directly:

Want to join the discussion?
Feel free to contribute!

You‘re not just buying an inspection.

We love hearing from you anytime!
Call, text or email us if you have any questions or use the online scheduler to set up a home inspection.

What Your Home Insurance Provider Is Not Telling You

House of Horrors
Scroll to top